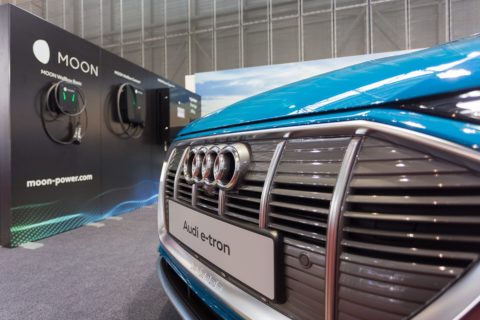 Audi will cut 9,500 German jobs in shift to electric vehicles

Audi plans to eliminate about 15 percent of its German workforce to lift earnings by 6 billion euros ($6.6 billion) as the automaker pushes ahead with a restructuring plan to help adapt to the costly transition to electric cars.
The Volkswagen Group premium brand said it will cut up to 9,500 jobs by 2025 but would also create up to 2,000 new positions in the areas of electric mobility and digitalization.

“The company must become lean and fit for the future, which means that some job profiles will no longer be needed and new ones will be created,” Audi said in a statement on Tuesday.

The positions will be reduced through attrition and voluntary measures including early retirement, Audi said after reaching an agreement with employee representatives.
The approximately 50,000 remaining Audi employees in Germany will have job guarantees through 2029.

Audi will streamline its German plants in Ingolstadt and Neckarsulm to annual production of 450,000 and 225,000 units respectively, adding electric-car production at the two factories to ensure sufficient output.

Audi’s talks with labor unions on the job cuts had dragged on for months, and VW Group appointed former BMW executive Markus Duesmann, 50, as the brand’s new chief starting in April to advance the process. He will replace Bram Schot, who succeeded Rupert Stadler after his arrest in connection with the diesel crisis.